I met my grandmother in Texas

I met my grandmother in Texas. She had watery eyes, was so calm and shy. The gold around her ears and neck enhanced the red color of her dress and hat. The muscles of her arms where so relaxed you could have played with them. Her smile so contagious and moving…

I met my grandmother in Houston, Texas. She’s from Liberia. I’m from the Democratic Republic of Congo. I thought about her as my grandmother because she reminded me of my true grandmother who gave the name to this blog and who is in Congo now. She is also the reason why I started the long trip that brought me to Houston. A trip through which I started focusing on African communities around the world thanks (IN)VISIBLE CITIES. A trip that made me stumble on love, harmony, contradictions and unique people.

It all started in Butetown, Cardiff (UK) and continued in Los Angeles, Houston, Chicago and now New York. Along the way we received feedbacks and comments. And one of those was about the low presence of women in the project and the documentary. Just because they are not on camera doesn’t mean they are not integral part of the environment. They certainly are in Houston, where the Liberian community is living altogether in the Glendale Apartments. And who is managing committee and events? Women.

Some of them have lost their husbands coming to the US, some have aged in the meanwhile. But they were all ready to tell their stories when we met them in their houses, despite the language barrier: all were speaking a Liberian English difficult to understand.

They told us about their coming to Texas, where they shop, how they help each other in difficult times…It was simply fascinating and moving! 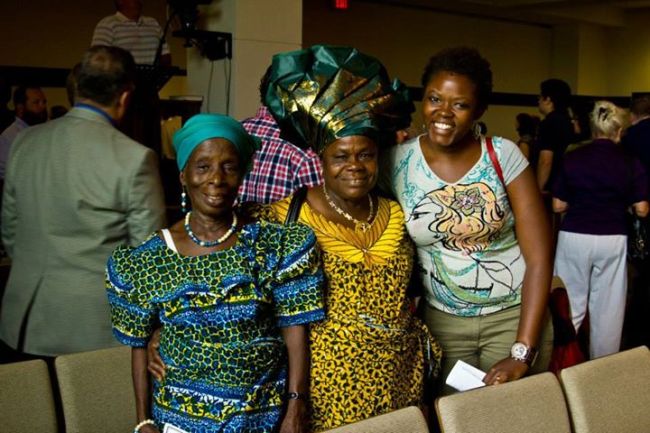 3 comments on “I met my grandmother in Texas”